The author of the article, Sarah Blustain, was a pro-abortion opponent of Cassidy’s work. But she was a pleasant, personable woman who was, in many ways, very gracious to a man with whom she didn’t agree. While she treated her subject with a measure of deference, she, nonetheless, misstated some important facts.

As a result, Harold Cassidy wrote a response to Sarah and Mother Jones. That response, to the credit of Mother Jones, was posted on its website immediately following the Blustain article, for about one year. While the article, “The Man Who Loves Women Too Much” remains on the Mother Jones site, Harold Cassidy’s response, at times, is no longer accessible there. 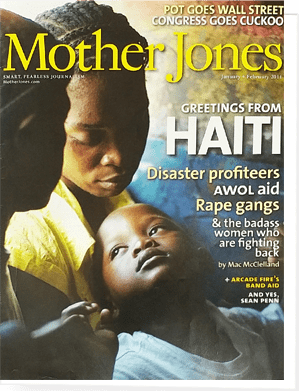 What follows is the entire response to Mother Jones and Sarah Blustain as it first appeared on the Mother Jones website. Also found below that response, is a short video of Dr. Bernard Nathanson, M.D., which is referenced in Mr. Cassidy’s response.

In the above response to Mother Jones, Harold Cassidy relates how Dr. Bernard Nathanson, nearing the end of his life, taped his statement to the world in which he confesses that he and the other founders of NARAL, the organization founded in the late 1960's to promote and export legal abortion, lied to deceive the American public and the courts to advance their pro-abortion ideology.
Click here to see Dr. Nathanson’s video